Posted by Juicing and Raw Foods Sunboy at 8:50 AM

Farmers Markets And Farm-To-Table Restaurants Are Full Of Frauds

Tired of the faceless franchise eateries serving over-salted slop? The depressingly lit chain supermarkets selling you genetically modified, hormone-injected, battery-farmed zucchinis? Well then it's time to put on your horn-rimmed glasses and plaid shirt and head on over to those quaint farmers markets and farm-to-table eateries for some wholesome, unmolested food. Except that the ethical side of food production isn't all that ethical either, having been infiltrated by frauds and con artists. Who knew you couldn't trust some random dude in overalls?

In California, farmers market cheaters are running rampant. Plenty of the state is farmland, so it's easy to assume most of your food is coming straight from the field. However, when the NBCLA did an undercover investigation of farmers markets in the area, they discovered that many of them were clearly selling produces they hadn't cultivated themselves.

See, in order to sell at a farmers market, you actually have to be a farmer -- a verified one, with a pitchfork and everything. But when the NBCLA drove to the "farms," all they found were a bunch of weeds / dirt fields. So unless these farmers were all part of some wizardly hippie collective magicking up their produce out of thin air, it's safe to assume they were selling you the same stuff you could find at a Walmart at half the price. Fake farmers are popping up all over the country, some of them so brazen that they'll specifically label their food pesticide-free while having no idea whether that's true or not. How would they know? They're not really farmers.

The same sort of chicanery goes on at farm-to-table restaurants. A series of exposes in The Tampa Bay Times revealed the myriad ways your favorite locally sourced hipster eating collective could be lying to you, from frozen food masquerading as fresh and buying pre-made dishes, to fish mislabeling and food marked as "organic" or "non-GMO" which was the exact opposite. As the owner of the famous Chino Farms noted: "Chefs will come, write down notes, leave without buying anything, and then say they're serving our food at their restaurants." They hypocrisy is so intense that one restaurant even had a "F**k Monsanto Salad" on its menu (along with truffle fries), but when a reporter confronted the chef about where he got his produce, he shrugged and said, "It's really hard to find non-GMO produce." But it's so, so easy to lie.

http://www.cracked.com/article_25441_6-your-favorite-foods-that-have-horrible-secrets.html
Posted by Juicing and Raw Foods Sunboy at 8:40 AM

Email ThisBlogThis!Share to TwitterShare to FacebookShare to Pinterest
Labels: Farmers Markets And Farm-To-Table Restaurants Are Full Of Frauds

The Daily Messenger: Naturally, my pharmacist couldn't help, but he did...

The Daily Messenger: Naturally, my pharmacist couldn't help, but he did...: Nearly 70 percent of Americans are on at least one prescription drug , and that's not even accounting for epic burnouts like...
Posted by Juicing and Raw Foods Sunboy at 2:31 AM

Posted by Juicing and Raw Foods Sunboy at 11:42 PM

The Daily Messenger: How the Satanic governments are engineering millio...

The Daily Messenger: How the Satanic governments are engineering millio...: Their key weapon is to make truly needful people who need pain medications feel like scumbag drug addicts. The pharmacies and doctors use s... 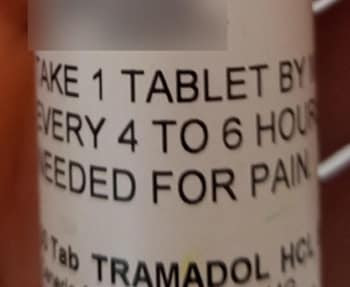 Posted by Juicing and Raw Foods Sunboy at 10:15 AM